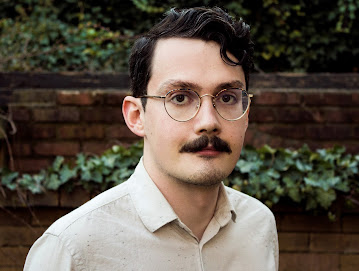 Geoffrey D. Morrison is a fiction writer, poet, and critic. He is the author of the poetry chapbook Blood-Brain Barrier (Frog Hollow Press, 2019) and co-author, with Matthew Tomkinson, of the experimental short fiction collection Archaic Torso of Gumby (Gordon Hill Press, 2020). His work has appeared in Grain, PRISM, The Malahat Review, The Temz Review, Shrapnel, and elsewhere. He was a finalist in both the poetry and fiction categories of the 2020 Malahat Review Open Season Awards and a nominee for the 2020 Journey Prize. He lives on unceded Squamish, Musqueam, and Tsleil-Waututh territory.

Right now the main focus of my attention has been on revising and expanding a novel. That said, my approach to the novel as a form has been shaped pretty fundamentally by my earlier experiences writing and reading poetry. It’s something I’ve thought about a lot.

There’s a remark attributed, perhaps in error, to Paul Verlaine – he apparently said he could never write a novel because then he’d have to write sentences like, “the count walked into the room.” I suppose he meant that being a poet entails the use of language at its greatest intensity and with an allergy to the commonplace ways of saying things – what’s a “count,” anyway? what’s a “room?” what does it mean to “walk into” one? On a deeper level he might be saying that a poet questions the basic narrative choreography of going from point A to point B.

At any rate that’s how I interpret his remark – if he did in fact say it – because that’s how I feel, too. I couldn’t write sentences like that without feeling immense pain, and my first efforts to write a novel were badly compromised by my feeling I was supposed to do it in a way that pained me. But on the other hand I was attracted to the challenge of the novel and to what it would allow me to do and say. So I began again, resolving that I would not write sentences about counts walking into rooms (so to speak). I would design my novel such that utterances of that sort would be impossible.

As I did so, I found models. I noticed that many of them – and in particular Thomas Bernhard, Gerald Murnane, Roberto Bolaño, and Samuel Beckett – had also begun to some degree or another as poets.

I think poetry gave them all something really important and I don’t think it’s the obvious thing. They don’t necessarily “write poetically”; that is, they aren’t necessarily using language at the level of its greatest intensity all the time. But they proceed with an attitude to narrative and to meaning that is closer to a poet’s. A poet is often building meaning with the reader, or giving the reader the tools to build the meaning, and these novelists do too.