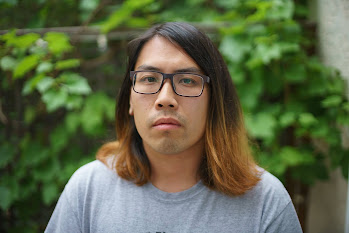 Jean Marc Ah-Sen is the author of Grand Menteur, In the Beggarly Style of Imitation, and a participant in the collaborative omnibus novel Disintegration in Four Parts. His writing has appeared in Hazlitt, The Literary Review of Canada, and The Puritan. The National Post has hailed his work as “an inventive escape from the conventional.” He lives in Toronto with his wife and sons.

My main focus right now is getting two books off the ground and making sure they see the light of day. One is very airy and superficial. It’s about being in your twenties, dead from the neck down, revelling in a kind of youthful crudity and loucheness. The other book is more typical of the work I’ve done. Maybe it’d be best described as a “Gothic pulp.” The whole book is a dramatic monologue, taking its cues from Camus’ The Fall and Beckett’s Not I. It’s my take on the Faustian devil story. Temptations, broken covenants, eternally willed evils, that sort of thing.