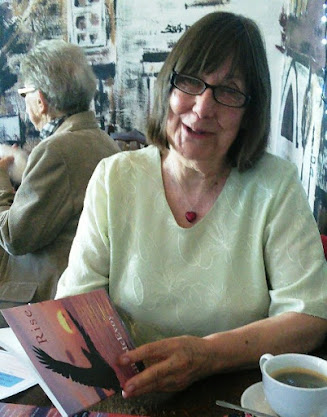 Gill McEvoy: She wrote and had success with fiction before turning to poetry. Her poetry career has seen three pamphlets from Happenstance Press UK, the 3rd of which The First Telling, about the aftermath of rape, won the Michael Marks Award in 2015. Two collections The Plucking Shed, 2010, and Rise, 2013 from Cinnamon Press. Recent collection Are You Listening? (Hedgehog Poetry Press, 2020). Awarded a Hawthornden Fellowship in 2012. Joint winner of Hedgehog Press’ competition for a “Selected”, to be published in 2022. Gill lives in Devon, UK where her greatest pleasure is in helping plant wildflowers round the village in an attempt to encourage back some of the insects we’re losing so fast.

What I’m working on:

On a collection of poems selected from my work in the last 20 years. It’s a delight for any poet to have a ‘Selected’, especially as most magazines now only want unpublished work. All those published poems locked up in the cupboard after having had just the one outing!  This “Selected’ will fall into two categories: “Creatures” as many of my poems have been abut animals or birds; and “People, Places and Plants”. It’s wonderful to go back and reconnect with the really good poems, and to be surprised too at how much you’ve written!