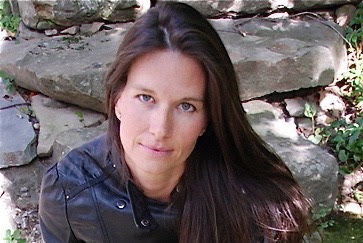 Karol Nielsen is the author of the memoirs Walking A&P (Mascot Books, 2018) and Black Elephants (Bison Books, 2011) and the poetry chapbooks Vietnam Made Me Who I Am (Finishing Line Press, 2020) and This Woman I Thought I’d Be (Finishing Line Press, 2012). Black Elephants was shortlisted for the William Saroyan International Prize for Writing in nonfiction in 2012. Excerpts were honored as notable essays in The Best American Essays in 2010 and 2005. Her full-length poetry collection was longlisted for the Terry J. Cox Poetry Award in 2021 and selected as a finalist for the Colorado Prize for Poetry in 2007. She teaches creative nonfiction and memoir writing with New York Writers Workshop.

I am working on a collection of poems that explores what it means to be a New Yorker. I often am told that I don’t seem like a New Yorker even though I have lived in Manhattan for more than 30 years. I was born in Oklahoma while my father was in the army and our family moved to Nebraska, then Ohio, before settling on Connecticut. My father took the commuter train to his office in New York City where he worked as a businessman. I was drawn to the city from a young age, inspired by my grandmother’s experience as a Rockette who performed at Radio City Music Hall. I wanted to be just like her, but I didn’t dance.  I became a journalist, memoirist, and poet instead.