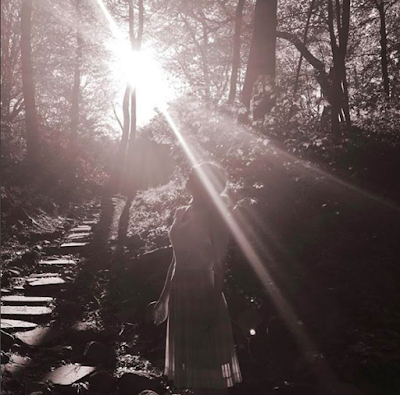 Candice Wuehle is the author of BOUND (Inside the Castle Press, 2018) and the chapbooks VIBE CHECK (Garden-door Press, 2017), EARTH*AIR*FIRE*WATER*ÆTHER (Grey Books Press, 2015) and curse words: a guide in 19 steps for aspiring transmographs, (Dancing Girl Press, 2014). Her poems have been published or are forthcoming in Best American Experimental Writing 2020, Black Warrior Review, Berkeley Review, The Bennington Review, The New Delta Review, and Fugue. She is originally from Iowa City, Iowa and is a graduate of the Iowa Writers’ Workshop. Candice currently resides in Lawrence, Kansas where she is a Chancellor’s Fellow at The University of Kansas.

I’ve just finished the first draft of my first novel, The Creature’s Creature, so I’m in the revision process. When I first began the novel, I thought it was going to be very hybrid—a mix of poetry, flash fiction, dreams, transcripts from the episodes of Unsolved Mysteries that terrified me when I was a child. But I only got about a 1000 words in before I realized that what the novel really wanted to do was hybridize genre (as opposed to form) and so I’ve ended up with a manuscript that's equal parts Stieg Larsson, Clueless, and The Hour of the Star. The impulse to write the novel was prompted by a conspiracy theory I heard and couldn’t get out of my head. In short, the theory is that the CIA recruits assets for behaviour modification programs (like MK Ultra) from beauty pageants because pageant contestants display personality traits that lend themselves to programming (they’re good at memorization, dealing with authority, conforming to their environment, are physically fit, have a capacity for rapport building, and are overall intelligent). My research for the novel was a disturbing mixture of Toddlers in Tiaras, YouTube testimonies from women who believed they were CIA sleeper cells, the Errol Morris documentary Wormwood, spy movies, and just a lot of podcasts interviewing conspiracy theorists. The main idea that I kept coming back to in response to all these sources was the sense that trauma is the estrangement of the body from identity. Also, that there is a huge profit for any force that can successfully separate the two. Of course, this is a subject that poetry is well-suited to address but it felt really satisfying to me to subvert the genres themselves that had originally delivered messages about the body (everything from teen movies to YM magazine to Calvin Klein ads, etc.). So, ultimately, it’s a novel that asks questions about how we learn to construct identity; how does our sense of “beauty,” sexuality, gender, etc. become a sort of possession; how do we learn to see ourselves without a frame?