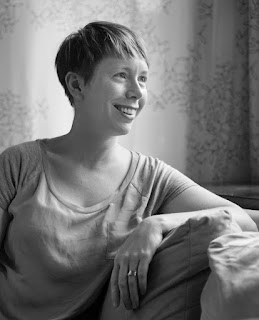 Elizabeth Ross is the author of Kingdom (Palimpsest, 2015) and After Birth, a second poetry collection forthcoming in the spring of 2019. Her work has been published in literary magazines across Canada, longlisted for the CBC poetry prize, selected for inclusion in The Best of the Best Canadian Poetry in English, and was recently nominated for a Pushcart Prize. She grew up in Victoria and now lives in Hamilton, where she’s working on a collection of essays.

How does a poem begin?

Most of my poems start with a line that surfaces in my head, from whatever — a newscast, overheard conversation, or maybe I’ll have a question — and if I can get that line to a piece of paper, I can see if it turns into something that might be a poem. Or I can bank it in a file and see if there’s something to go back to, later. Less often a poem begins with a strong feeling; this can be kind of inconvenient in that the Cheeseball Poet in me feels like I have to take it Seriously.