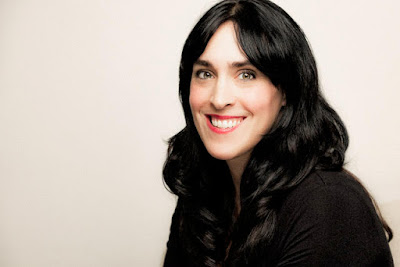 Shannon Bramer (photo credit: Linda Marie Stella) is a poet and playwright. Precious Energy (BookThug, September 2017) is her fourth book of poetry. Her plays (Monarita, The Collectors and The Hungriest Woman in the World) have appeared in juried festivals across the country, among them: New Ideas (Toronto) The Women’s Work Festival (St.John’s) and Sarasvati FemFest (Winnipeg).  A full production of The Hungriest Woman in the World premiered at Theatre Passe Muraille in December 2017, with PENCIL KIT PRODUCTIONS. Shannon also conducts poetry workshops in schools and is the editor of Think City: The Poems of Gracefield Public School. An illustrated collection of poems for young children, entitled Climbing Shadows, is forthcoming from Groundwood Books in 2019.

I am rewriting an important section of a play (The Hungriest Woman in the World) that was recently produced at Theatre Passe Muraille with Pencil Kit Productions. Even though the show has been work-shopped and produced I still don’t feel finished with it. It involves the central metaphor of the play, a depressed octopus. It is like having a giant puzzle in front of me and there’s one large piece that just isn’t sitting inside it properly. I am also working on new poems and another play.