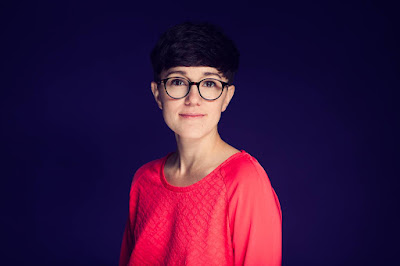 Sanita Fejzić is an Ottawa-based author, poet, playwright and scholar. Her novella, Psychomachia, Latin for battle of the soul, was published by Quattro Books. The Blissful State of Surrender, her first play, was workshopped by the National Arts Centre in March 2018. Fejzić has published numerous short stories and poems in literary journals and magazines across Canada. In the Nothing Left of Me, her first translation from French to English from Quebecois poet Sylvie Nicholas’s collection of poems, Le plus rien de moi, was launched on March 10, 2018.

A hybrid text, The Encyclopedia of Eccentric Suffering and Sublime Ecstasies, which includes new words framed as encyclopedia entries on suffering and ecstasies alongside narrative prose poems, photographs, old letters and other media. The narrative poems tell the story of a young poet who has found a manuscript titled The Encyclopedia of Eccentric Suffering and Sublime Ecstasies from her diseased great-grandmother, a Bosnian woman who fled a violent husband during WWII and settled in Prague, where she died typing the unfinished text. As the young poet tries to understand who her great-grandmother was, she travels to Sarajevo and Prague to finish the encyclopedia and find the missing pieces of her ancestor’s mysterious life.

I’m also working on my first book of non-fiction titled The Will Of Poetry and The Will To Poetry for McGill & Queen’s University Press. This book of philosophic-poetic thoughts on the creative drive of language defines my concept of the will of poetry as the particular lexicon a writer is born into and is temporally related to writing the present and past, whereas the will to poetry is a future-oriented linguistic drive concerned with wording new wor(l)ds. This text emerges from the question: how can we create new wor(l)ds within a language, such as English, that is steeped in the syntax of heteropatriarchy, neo-colonialism and phallagocentrism?