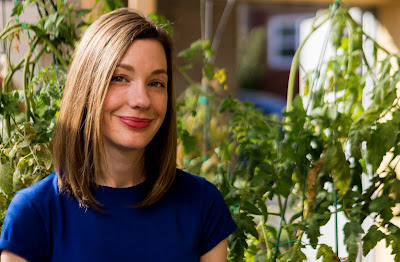 Jaime Forsythe’s first collection of poetry, Sympathy Loophole, was published by Mansfield Press in 2012, and her second, I Heard Something, was released in 2018 by Anvil Press' A Feed Dog Book imprint. Her poems have appeared in The Rusty Toque, Lemon Hound, Public Pool, Minola Review, This Magazine and more. She lives in Halifax.

I think probably first through nursery rhymes (the dark versions), which my grandfather used to recite with me and then quiz me on. He would also pretend to mistake me for the various characters: Miss Muffet or Mary Mary Quite Contrary. The children’s author Jean Little was a favourite of mine when I was young, and in her novels she wrote about a teenaged character named Kate who was a writer. Little published a book of poems entirely in the voice of Kate, and I remember this having an impact: that character felt very real to me and here were all her poems collected together in one place, in a real book you could order from the Scholastic catalogue. I’ve been writing things down in notebooks for as long as I can remember.