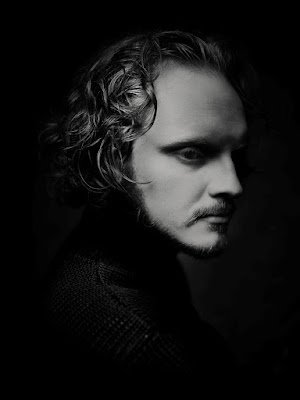 James Dunnigan is a poet, scholar and fishmonger from Montreal. His first book of poems, The Stained Glass Sequence, won the Frog Hollow Chapbook Competition in 2018. A second chapbook, Wine and Fire, is forthcoming with Cactus Press.

How does a poem begin?

With words. I’m really being serious. The best way to find if not an opening line then an opening into a potential poem, I find, is a method I call the prise au vif, or ‘catching raw’. It’s not my method exactly but one I’ve learned to practice over years of discussion with poets Bryan Sentes and George Slobodzian. One vivid example of this method in practice, to my memory, was an afternoon when I was sitting with George on his balcony one summer, the both of us sunburnt, drinking beer. George spots an unsettlingly large wasp in the pine tree in front of us. He points this out to me saying something like “man, look at those wasps”. Then he sort of smiles and starts to reword it out loud, slowly: “wasps among the pine cones (…) wasps/ among the pine/cones (…) wasps among/dry pine cones (…) under afternoon airplanes” sort of playing with it, and if it’s good enough he’ll put it down on paper. The observation or thing observed doesn’t even have to be “poetic” in itself. You don’t need to be in a heightened state to get there, though we both certainly had something of a glow on that afternoon. It’s just a technique you learn, like embroidery or filleting a fish or mindfulness or jumping turnstiles. It’s the articulation of it, the deployment of it in language, via the notational system of the line, that makes it poetry.